Gravity knives have been around for over five decades, yet it still continues to be controversial, especially when legality is concerned.

Invented during World War II, this knife uses gravitational force to propel the blade. It sounds fancy in theory, but in practice, the way it works is pretty much straightforward. There is a button that releases the blade through a gravitational force.

Being small and easily accessible, gravity knives are popular among many people. From steelworkers to handymen, it is a functional tool. While it was first created with military applications in mind, over the years, it has been popular for varied uses.

Want to know more about what a gravity knife is? Keep on reading and learn from the insights we will be sharing in this quick guide. We’ll talk about its history, as well as its legalization, among other things.

What is a Gravity Knife?

A gravity knife is a pocket knife that comes with a blade that is folded in the handle. The blade opens through a gravitational force. It will require a spinning motion to propel the knife. Through this opening method, you can easily open a knife with the use of a single hand. This means that you can use you other hand freely.

When the gravity knife was first introduced, among the first users were parachutists. They use the knife when cutting the parachutes once it tangles in trees or in similar situations. The mechanism at which the knife works makes it ideal in such situations since there is no need to use two hands to flip the blade and use the knife. As the name implies, it relies on the use of gravity.

This is different from a switchblade knife. While both will have a button or trigger, the release mechanism for the blade is different. In a switchblade knife, there is a spring-loaded blade, which is one thing that you will not see in a gravity knife. While the two knives both have their blades inserted in their handles, which is good in terms of portability, the two knives work in different ways.

How Does a Gravity Knife Work?

A gravity knife comes with a blunt-spear blade that is folded in a metal frame and wooden handle. To release the blade from the frame, you have to manually push the button or trigger. The gravitational force will let the blade fully open. A slight backhand flip will also allow you to draw the blade. Once you flip the lever back, you will be locking the position of the blade.

To close the blade, the procedure will be as easy as when you have opened it. Flip the switch to loosen the lock. A quick forward motion will lock the blade in its original position.

If you are thinking of buying a gravity knife, it is important to understand that there are different types available. Knowing these types will help you make the right decision.

One of the most popular types of the gravity knife is the Flieger-Kappmesser, which has been popular during the World War II. The name literally translates to flyers cutting knife. This knife comes with a four-inch telescoping locking blade, which is propelled by gravity. This was the gravity knife design when it was invented in 1937.

Another version is the Ibberson gravity knife. The British government commissioned the George Ibberson & Co., a company from Sheffield, England to make a version of the gravity knife for the Special Operations Executive. 500 gravity knives were manufactured by the company.

The Original Luftwaffe gravity knives have five types, each of which is representative of the specific era when it was introduced in the market. Over the years, its design has evolved to solve the most common complaints and to make the knife better. The most recent version of this knife was introduced in 1979 and is known as the LL80. It is smaller and simpler to manufacture compared to the past designs of a gravity knife.

Uses of a Gravity Knife

As mentioned earlier, paratroopers and parachutists are among the first users of gravity knives. It was used as a revival tool, making it easy to release their parachutes once it tangles to an object, such as a tree.

In the years following its introduction, several attachments have been popular to make the gravity knives versatile. One of these attachments is a marlinespike, which is used along with the gravity knife for untangling knots. Another popular attachment is an awl, which can be used for fixing jammed weapons.

Sadly, however, gravity knives have also been used in criminal activities. It was popular amongst the young group of gangsters. It was a weapon of choice for many street crimes because of its ease of handing. This was also the primary reason why it was illegal in many countries and states.

The Legality of Gravity Knives

If there is one thing that made gravity knives talked about, it would be not its use but its legality.

In countries like the United Kingdom and Canada, gravity knives are considered prohibited weapons. Carrying such can carry a criminal offense. The most prominent when it comes to legalization is in New York. After a seven-year push and two vetoes, gravity knives have been decriminalized in New York in 2019. It was finally removed from the category of deadly weapons.

It was in the 1950s when many countries have made it illegal to carry gravity knives, along with other types of pocket knives. The popularity among gangsters made it a weapon used in criminal activities, which prompted the way for making it illegal. Thousands have been arrested, especially in New York City. Most people were unaware that it was illegal to have a gravity knife with them.

Care and Maintenance for Gravity Knives

Luckily, taking care of gravity knives won’t require too much on your end. The process is similar to how you would handle other types of knives. Below are some of the top tips to help you maintain your gravity knife in its peak condition.

A gravity knife is a handy tool that uses a gravitational force to open the blade through a button or trigger. It is versatile, but it is also considered illegal in many places. Recently it was decriminalized in New York, which paved way for its recent popularity. If you are thinking of owning a gravity knife, the most important is to use it responsibly, so that you won’t be in trouble in any way with the authorities. Before buying a gravity knife, research the laws in the country or city where you live to be sure that it is legally allowed. 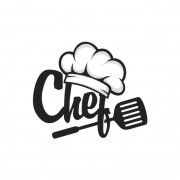